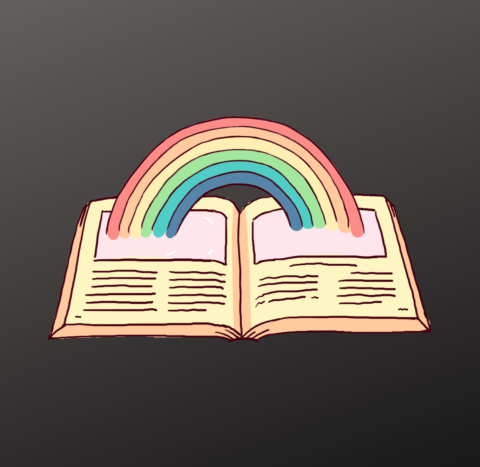 Teens , Adults
Registration for this event is no longer open.
Allowed Ages: 16 to Over 18

Show your Pride by joining us for a book club celebrating queer authors and LGBT+ stories. Our next book will be Spells and Sensibility by K. L. Noone and K. S. Murphy! You can use your library card to borrow a copy here: https://www.hoopladigital.com/title/14857329

This club is a safe space for all queer identities.

"Theodore Burnett has never been a hero. He prefers comfort to combat-spells, and jam-slathered scones to muddy boots. Fortunately, as the youngest-ever head librarian at the Royal College of Wizardry, Theo can spend his days with books and bibliomancy in place of battle-magic or politics - and in any case Napoleon's been defeated and the war's been won.

But now there's a wounded captain of the Magicians' Corps in Theo's library. And he needs Theo's help. And Theo can never resist a mystery, especially when that mystery's tall and tempting and handsome.

Captain Henry Tourmaline, formerly of His Majesty's Army and the Magicians' Corps, requires assistance. He's returned to London with scars on his body, soul, and heart - war, after all, will do that to anyone. But one of those scars refuses to heal, a curse that's slowly draining Henry's magic and eventually his life. The physicians have no answers, so Henry turns to the College's books... and the College's attractive head librarian. But the curse is unpredictable, and the last thing Henry wants is to drag someone else into the line of fire, particularly someone as kind and innocent and brilliant as Theo.

Theo wants to save Henry. Henry wants to keep Theo safe. Together, perhaps they can do both... while uncovering a perilous secret behind a spell, a deadly puzzle in the archives, and their own heart's desires."