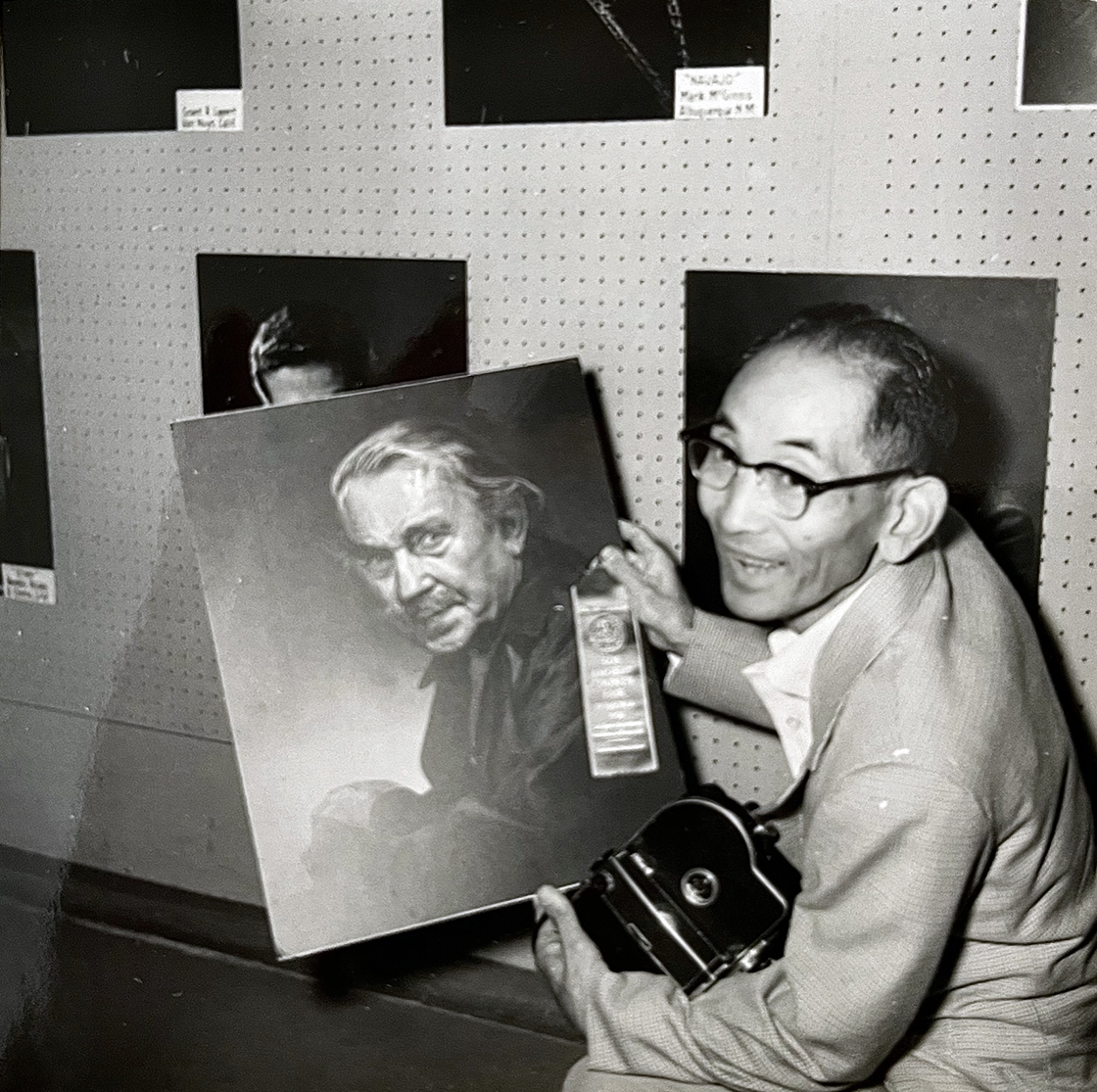 Teizo "Tacy" Yamagishi was Oklahoma City's premiere portrait photographer for over 30 years. After graduating at the top of his class from Tokyo’s elite Tokyo Fine Arts School (now the Tokyo University of the Arts), the prestigious Yeghi Art Studio immediately hired Teizo. They later sent him to Seattle to advance his career as a photographer.

Shortly after he arrived in America, “The Great Kanto Earthquake” of 1923 destroyed much of Tokyo, which made his planned return home impossible. So Teizo stayed in the U.S. and built his photographic portfolio.

Then, when the U.S. entered World War II, Teizo, his wife and daughters were sent to the Minodoka internment camp in Idaho. After the war, Teizo and his family began their new life in Oklahoma City; Tacy Studios was set up in the Yamagishi home on Classen Blvd.

Recently, a small fraction of his life’s work, carefully placed in photographic boxes, was uncovered in a family storage area. Many of the works in the exhibit are unidentified. There are two internationally famous people included — Charles Lindbergh and President Franklin Delano Roosevelt — but most are of prominent citizens of Oklahoma (including the Governor of Oklahoma and President of the University of Oklahoma) and Oklahoma City society. Anyone who was anyone had their portrait taken by Tacy.

Check out our virtual exhibit and help us identify the people who appear in the portraits! And if you are in a picture, recognize or are related to one of the people pictured, you’ll be invited to our pre-opening V.I.P. reception in November.

Check out our virtual exhibit and help us identify the people who appear in the portraits!

Throughout the month of November, the Downtown Library will host a retrospective exhibit of these works in the Atrium. The Downtown Library and the Yamagishi family invite the public to a reception Friday, November 4th from 6:30-8:00pm. Attendees must RSVP at the link below.