Join us during Native American Heritage Month to honor the history and culture of indigenous people in our community!

The library is proud to host a variety of events and cultural experiences this month in honor of Native American Heritage. 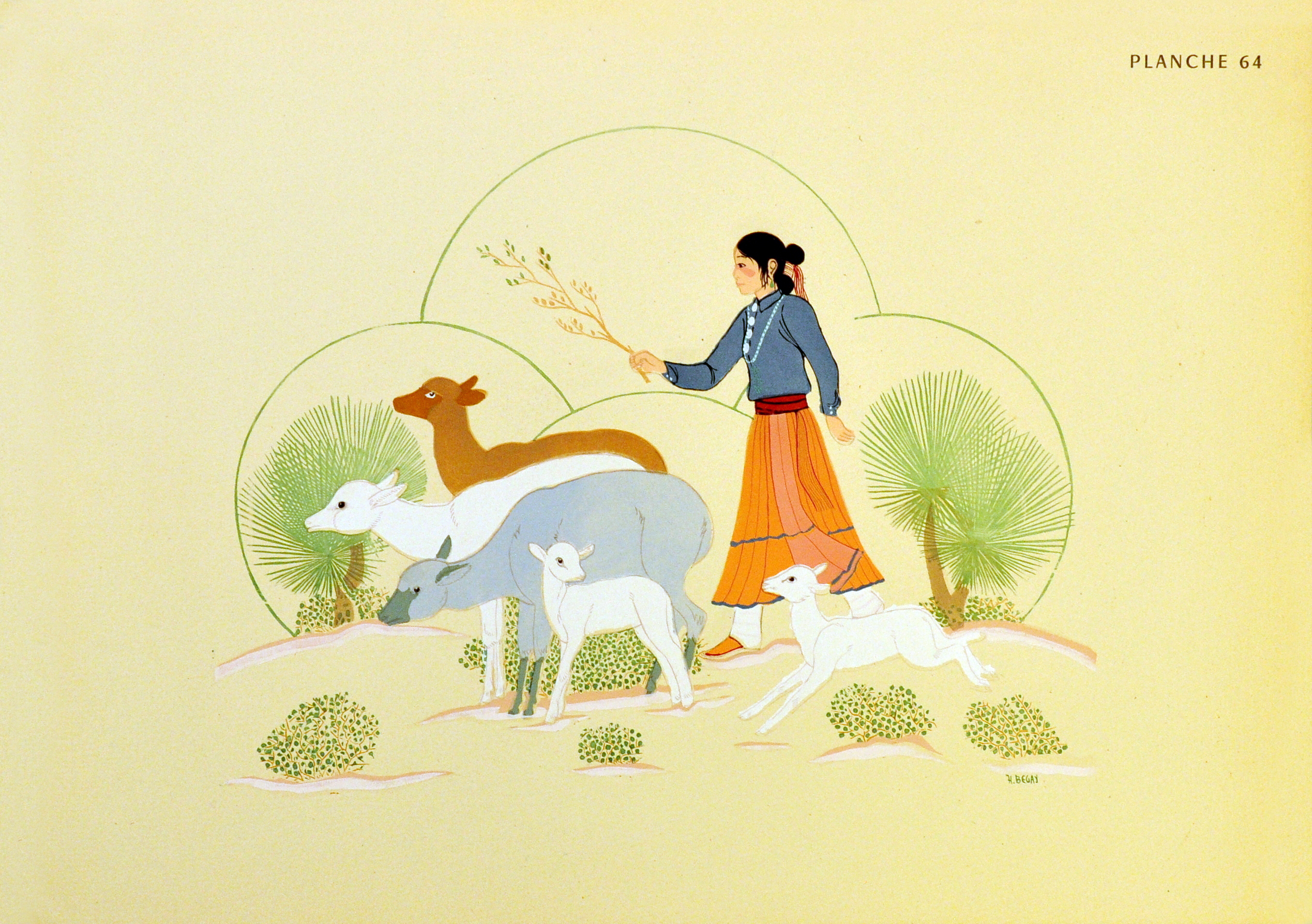 Born in Indian Territory at the outset of the 20th century, Stephen Mopope (1898–1974), Jack Hokeah (c. 1900/2–1969), Monroe Tsatoke (1904–1937), James Auchiah (1906–1974), Spencer Asah (1905/10–1954) and Lois Smoky (1907-1981) each displayed artistic promise and had been encouraged to paint by relatives, school teachers and Indian Services personnel. In 1926, the head of the University of Oklahoma art department, Oscar Jacobson, took notice and began creating a unique program for Kiowa artists. Through Jacobson’s influence, from 1928 to 1932, the Kiowa 6 exhibited their paintings at the First International Art Exposition in Prague, Czechoslovakia, and at the 1932 Venice Biennal. These exhibitions, along with a portfolio of the artists’ work titled Kiowa Indian Art, brought the group critical acclaim in America and Europe.

Many of the images were published as pochoir prints which are similar in appearance to silk screen prints. Stylistically, the works feature outlined fields of flat color with little or no indication of perspective. Such a linear, decorative style was derived in part from Plains ledger drawings and hide paintings with subject matter consisting of auto-ethnographic representations of everyday, traditional Kiowa life.

The contents of this collection are drawn from holdings of the Metropolitan Library’s Special Collections department.

We offer a variety of online resources to explore topics like Native American History and genealogy. Check out some of these resources to begin your research.

Books and Materials from Library Catalog